Features How it works Pricing FAQs Sign In
Try it FREE

Why telling the stories of missing Black women and girls is important. - with Amara Cofer from the Black Girl Gone Podcast. June 6, 2022

Amara Cofer from Black Girl Gone talks about the importance of telling the stories of missing POC.

Amara Cofer is the host and executive producer and host of Black Girl Gone, a podcast that has been investigating and highlighting the disappearances of black women and girls since 2021.

We talked to her about her work, what it's like to run a podcast devoted to telling stories of Black Women and Girls who have gone missing, and what she hopes the podcast will accomplish.

What inspired you to start the podcast?

As a person who was fascinated by true crime, I noticed that there was a lack of focus on victims of color. I wanted to fill that gap and start a show that just focuses on Black women and women of color.

In many of the Black Girl Gone episodes, we hear that the victim's families get in touch with you to cover their loved one’s cases. How do you feel when that happens?

I'm always honored and humbled when a victim's family reaches out to me. The fact they want me to cover the story of someone they love and have lost is something I never expected.

Do you think the media is lacking when it comes to the urgency needed to present these cases in the mainstream media?

Yes, the mainstream media has never given the stories of missing and murdered Black women or women of color the kind of attention they give to white women. They have elevated stories like Gabby Petito but there isn't one missing or murdered woman of color that has ever gotten that level of attention from the MSM.

There are a variety of factors that contribute to the focus on certain missing person cases in the media. What can the public do to influence the media’s coverage of missing persons?

The reality is at this point the media will care about what we as the public care about, or what they think we care about. Social media was the driving force behind people knowing about Gabby Petito and so it's an example of the power people have to make people pay attention to a story. We have to do that for these women also. If you see a missing person flier share it and follow their stories. It might not be a story the media cares to cover, but you can care, and you can help bring awareness to the story.

Gabby Petito's case in September, 2021 made news headlines and went viral online, with people everywhere trying to find clues and solve the case themselves.

The disappearance of Petito captured the attention of people all over the world. The fascination with this case stands in stark contrast to the lack of attention given to other missing person cases, particularly those involving women of color. Families of missing people say they wish more people would show the same level of interest and dedication to finding their loved ones.

The late Gwen Ifill, an American news anchor, began using the phrase "Missing White Woman Syndrome" in 2004 to describe how mainstream media gives disproportionate coverage to missing person cases of white women, while similar cases of people of color and minorities receive less attention and tend to be under-represented in media coverage.

The Black Girl Gone Missing podcast also does a great job of telling stories of missing people of color in a way that doesn't allow for the myopic focus on circumstances surrounding deaths or disappearances and instead focuses on who these people were as people first and foremost, in a respectful and sensitive way. Listen to the last episode here

Families of missing people of color have spearheaded most of the efforts to spread the word and alert law enforcement to their loved ones' disappearances. In some cases, they've had to put the pieces together themselves to get attention when law enforcement has been slow to respond, which is unfortunate.

In order to help the victims and their families, we need to take the time to share their stories when we get an opportunity. Sharing these stories on social media and in-person if you see flyers will help raise awareness and get the stories on the mainstream media.

Thanks to Amara for sharing these answers with us, we were very happy to have her as a guest on our blog.

And also to listen to her podcast, Black Girl Gone.

Tell us what you think about this post.
Written by 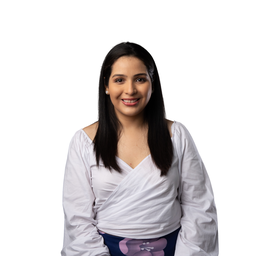 Rage, anger, disappointment, and fear are the feelings among people in the United States after the overturn of Roe vs. Wade. As baffling as it is, in a country where people cannot make decisions regarding their own bodies, concerns about privacy and digital surveillance arise.

What Is The Time Frame For Someone To Be Declared Missing?

If you follow true crime content or are interested in personal safety, you may have wondered What Is the Time Frame For Someone To Be Declared Missing?

It's important to be educated about safety and know how to protect yourself in any situation. These six tips can help you to stay safe and can be applied in any life situation, not just when you are alone at night.